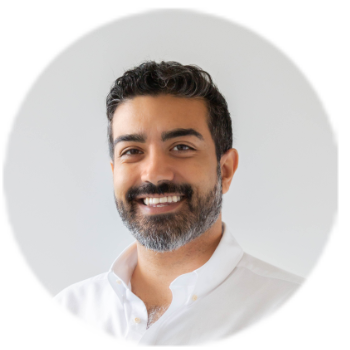 Roham is the CEO of Dapper Labs, the creators of CryptoKitties, Flow and NBA Top Shot. He holds a bachelor's degree in Economics and dual bachelor's and master's degrees in Biological Sciences from Stanford University. Prior to Dapper Labs, Roham was the founder and CEO of Axiom Zen. 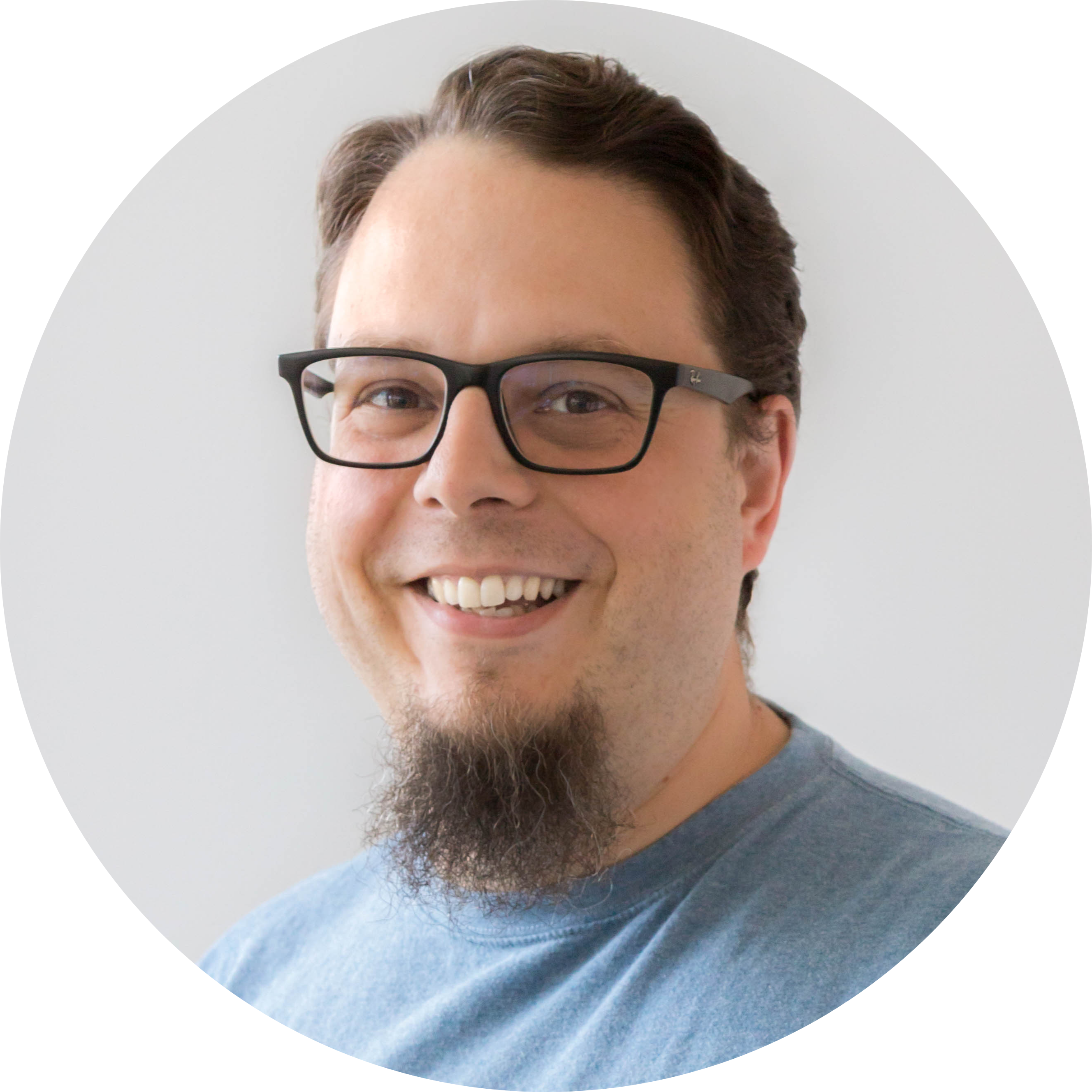 Dieter has developed a specialty in shaping the first waves of emerging technologies. He most recently cofounded CryptoKitties and authored the ERC-721 proposal that defined non-fungible tokens on Ethereum. Previous to that he was Head of Development for Atimi, one of the earliest players in the iPhone ecosystem, for six years, and before that a Senior Software Engineer with Apple. 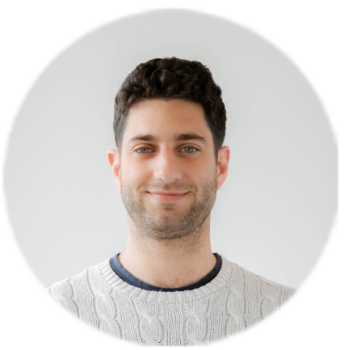 Prior to helping start Dapper Labs, Mik has served on Axiom Zen’s Board of Directors since the company’s founding. He joined Axiom Zen full-time a month before the launch of CryptoKitties. Prior to joining Axiom Zen, Mik was the founder and CEO of Fuel, a platform he grew to 225M+ users before selling to Animoca in 2017. 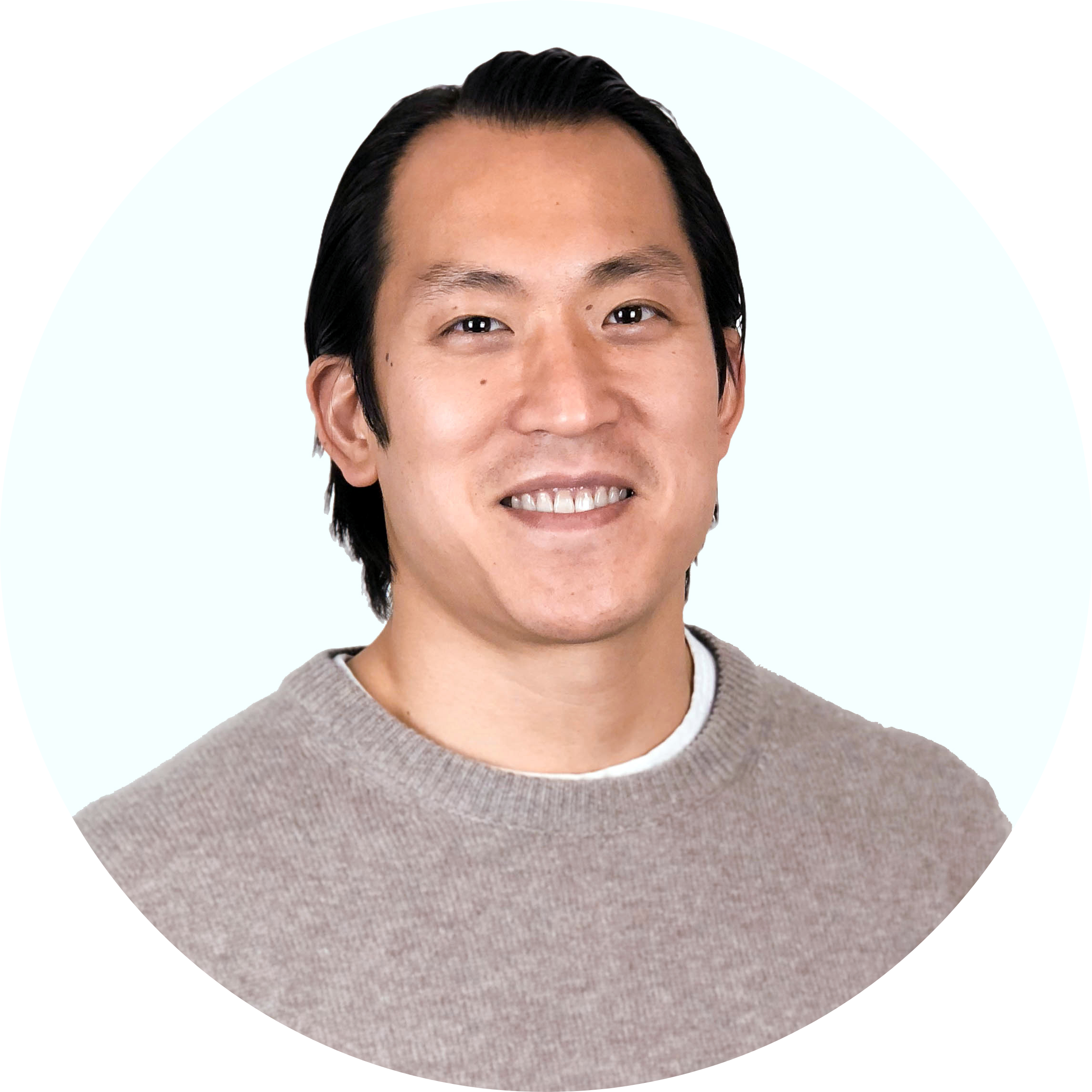 Alex is CFO at Axiom Zen and Dapper Labs and leads the strategic finance function. He serves as a Director on the Boards of Directors of both Dapper Labs and ZenHub. Alex holds B.S. and M.S. degrees in Management Science & Engineering from Stanford University. He also held roles with KKR, Highfields Capital and most recently as a leader within the Private Equity practice. 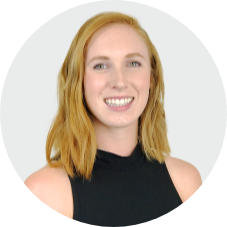 Layne acts as the hub ensuring every component of the team is moving at full speed. Layne balances the concerns and priorities of Flow’s engineering, hiring, marketing, development, and partnerships teams to keep everyone on cadence and working as one. Layne has been part of Dapper Labs full-time since March 2018. 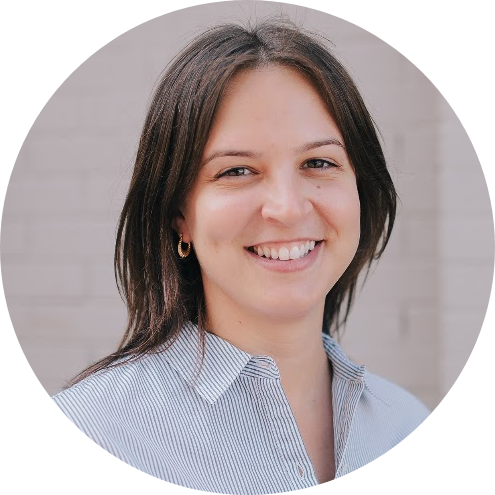 Caty’s focus is helping the world's biggest sports and most loved brands bring their communities onto the blockchain. Previous to joining Dapper Labs, Caty served as VP of partnerships at Axiom Zen. Previous to that, she spent a decade in sports technology in various roles within the NHL, NFL, and ESPN. 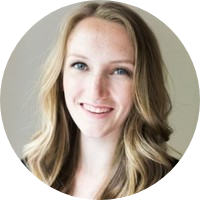 Kim is Dapper Platform Product Lead and one of the founding members of CryptoKitties. Kim is Dapper’s in-house expert on everything blockchain, internally developing new products and market strategies for consumer-facing products and infrastructure tooling. She currently leads a team of dedicated product managers, engineers, designers, and marketers. 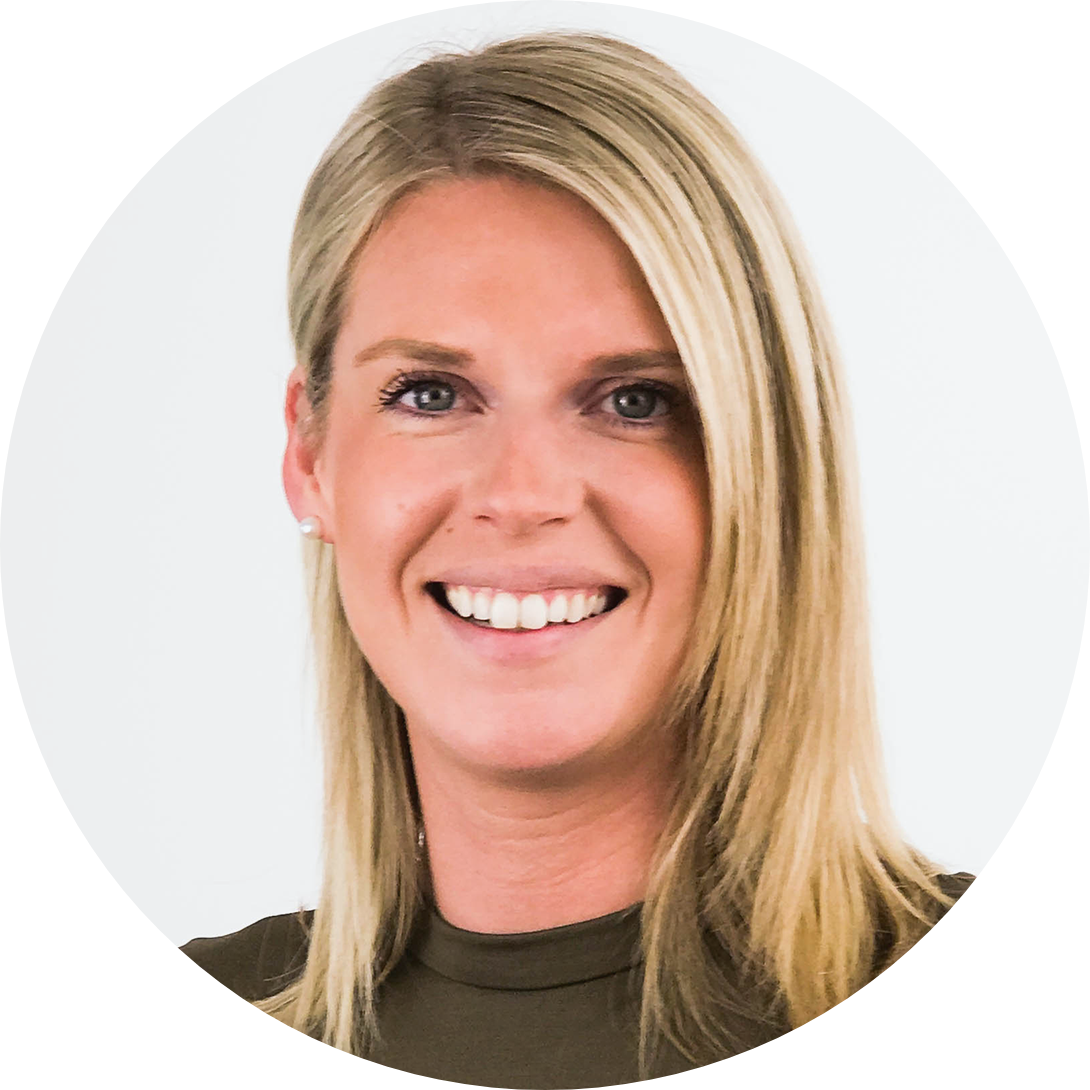 Jody is Chief of Staff at Dapper Labs. Jody works in partnership with the Executive Team on strategic projects and business development, and helps operationalize and execute strategy. She ensures interests are aligned and critical projects are supported. Jody is the first point of contact for our investor, strategic partner, and acquisition opportunity relations. 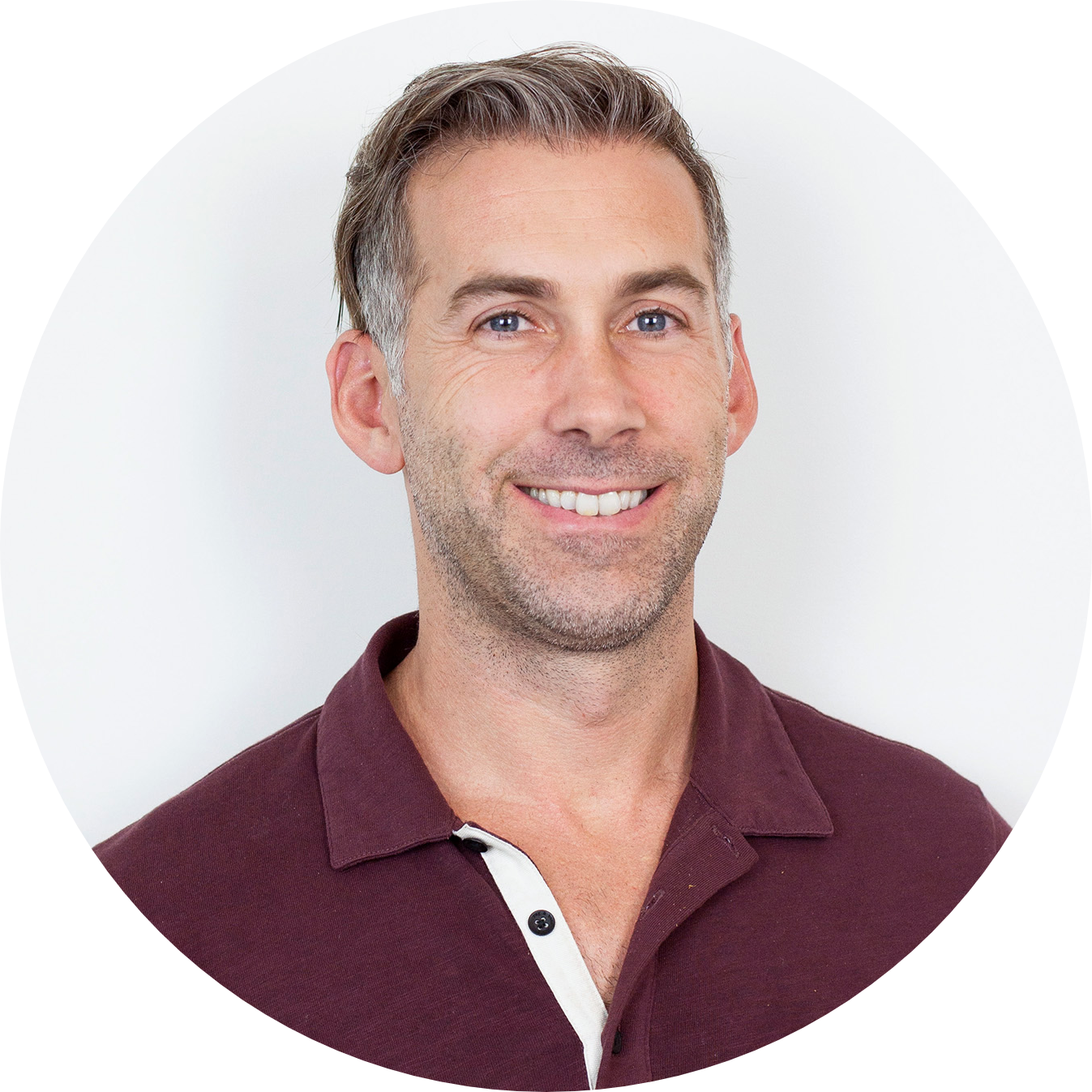 SVP of Revenue and Gaming Partnerships

Mickey is Dapper's head of revenue and gaming partnerships. Mickey was previously SVP of Revenue at Unity, Upsight, and Applifier, where he helped build their early businesses. Mickey built the mobile ad business at Unity from pre-launch to nearly $300M in revenue. Previously Mickey worked in payments including as Director of Business Development for American Express. 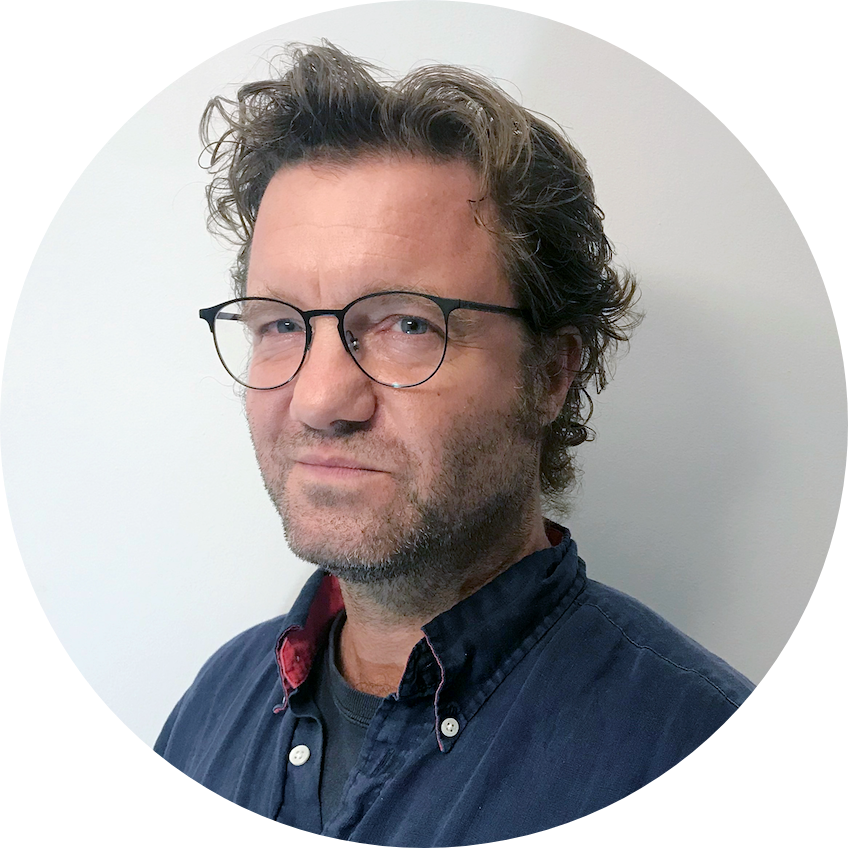 As one of Dapper’s Lead Game Designers, Richard creates compelling and imaginative content for Dapper’s studio efforts. Richard has spent the better part of a decade designing multi-million dollar mobiles games for companies such as Glu and Hasbro. Richard is the inventor of a dozen patents in the mobile and gaming space. He also holds an MA and PhD in Anthropology and was a lecturer from Stanford University. 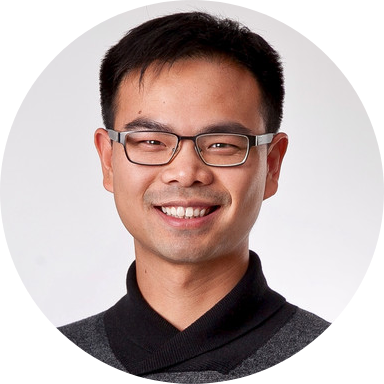 Weilei is the Head of Marketing at Flow, responsible for developer ecosystem growth, supporting ecosystem partners and creating innovative marketing strategies. Previously Weilei was the Head of Developer Relations at Streamr helping grow Streamr technology adoption across the world and contributing to the larger Ethereum ecosystem. 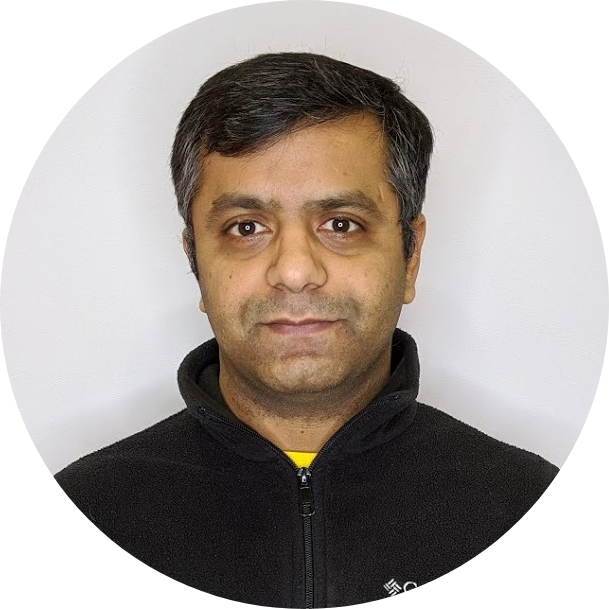 Vishal Changrani is a Distributed Systems Engineer at Dapper Labs. Before joining the team Vishal worked for Akamai Technologies where he designed large scale and complex media delivery network solutions and managed real-time content delivery for live events such as the Super Bowl. He was also part of the media research lab at Ericsson where he researched advance methods for 360-video delivery with limited bandwidth. 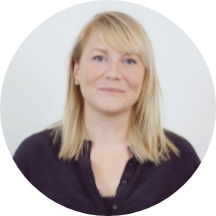 Courtney is Design Director at Dapper Labs, and an expert in brand identity and strategy, art direction, and campaign conceptualization and development. She defines, leads, and grows the design team across all of Dapper Lab’s products to enhance creative through exceptional and delightful user experience. Courtney has also led a successful rebrand for Deliveroo. 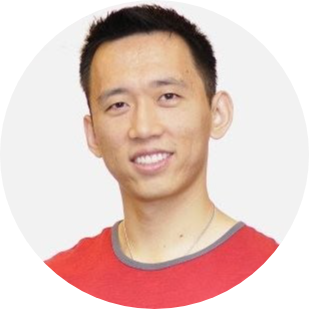 Kan Zhang is Engineers Manager on the Flow Team. Originally a Civil Engineer Kan has experience as an indie mobile game developer and has been with Axiom Zen originally joining as a backend engineer since the early days. Kan has a Bachelors in Computer Science from UBC and a Bachelors in Civil Engineering from the University of Waterloo. 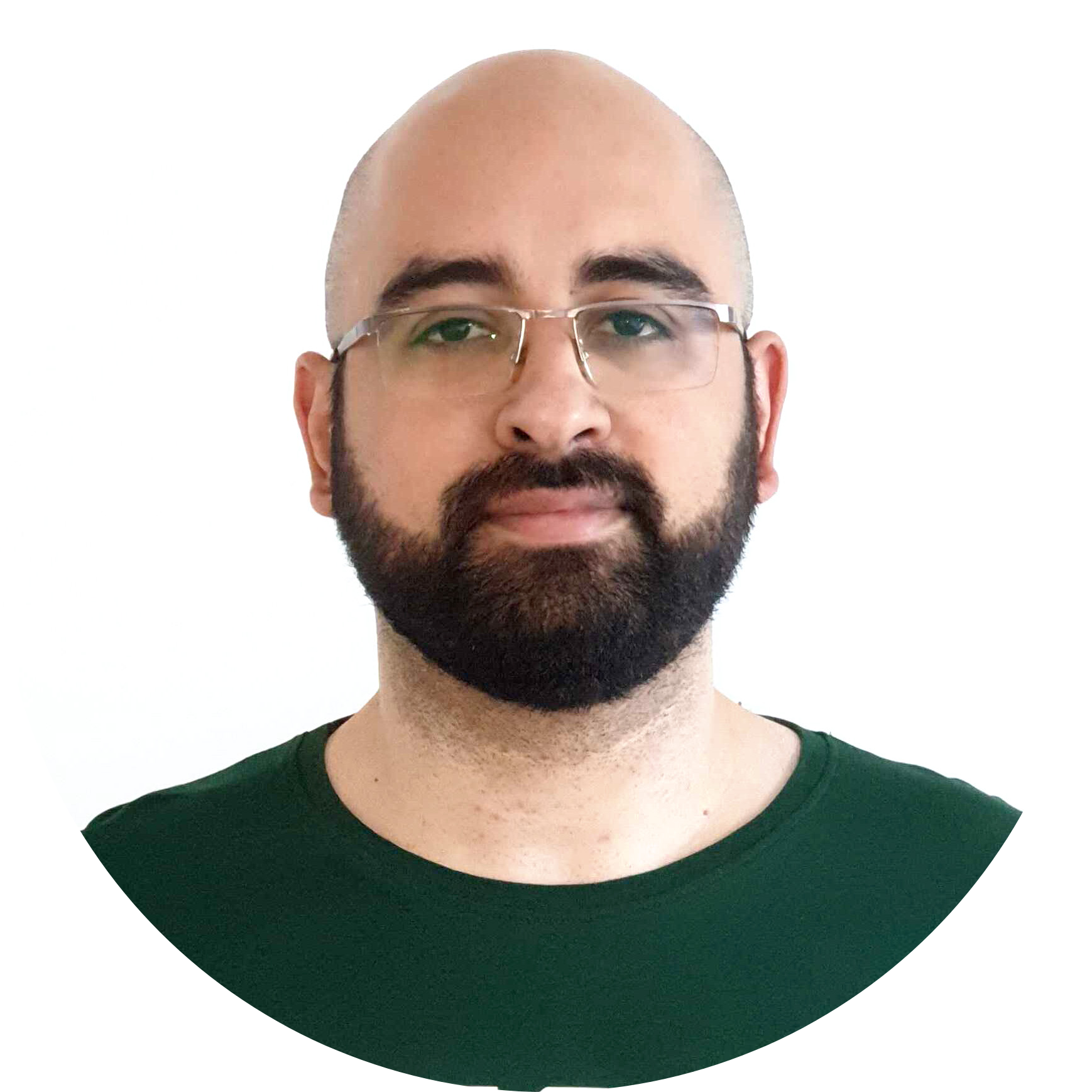 From 2018-2019, Yahya was the lead architect of LightChain blockchain (patent filed PCT / TR2019 / 050,199).  As of joining DapperLabs in 2019, Yahya translates his experience in architecting P2P overlays into the development of the Network layer protocol stack of Flow, its Verification Node software, and the second white paper of Flow. 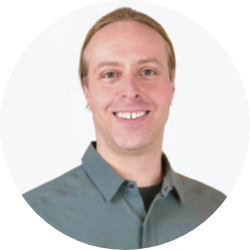 Alexander Hentschel is a Machine Learning Engineer at Flow. Alex has extensive experience leading and contributing to research and development projects. He also holds significant academic achievements including a PhD in quantum information theory, a Master’s in Theoretical Physics, and a Master’s in theoretical computer science. 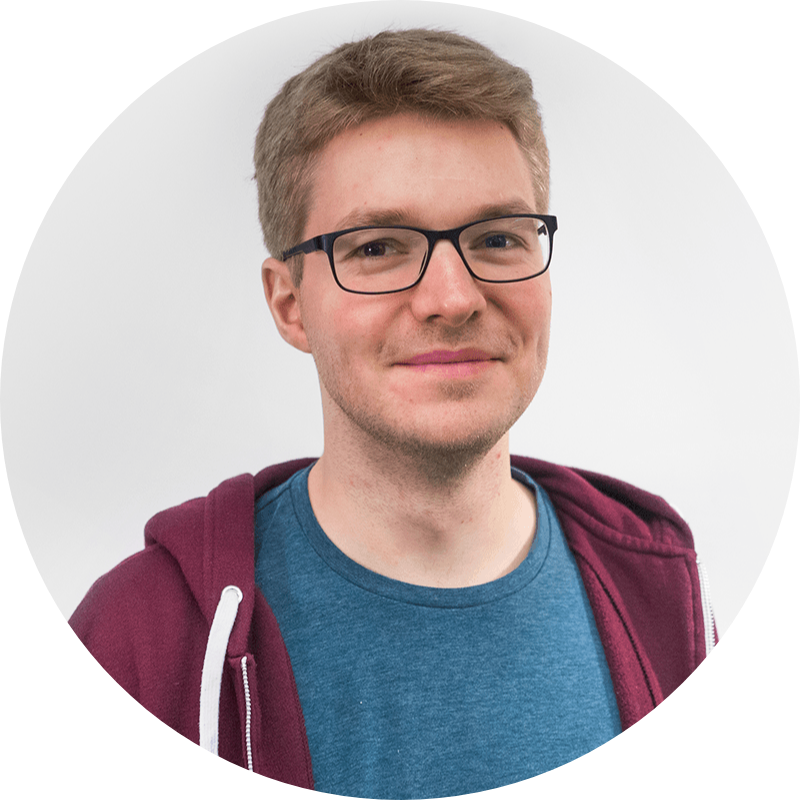 Bastian Müller is a Software Engineer over at Flow. He received his B.Sc in Applied Computer Science at Baden-Württemberg Cooperative State University in Germany and his M.Sc from IT University of Copenhagen. With this background in language development Bastian has worked on a number of industry applications including developing an IDE for Core Gnosis. 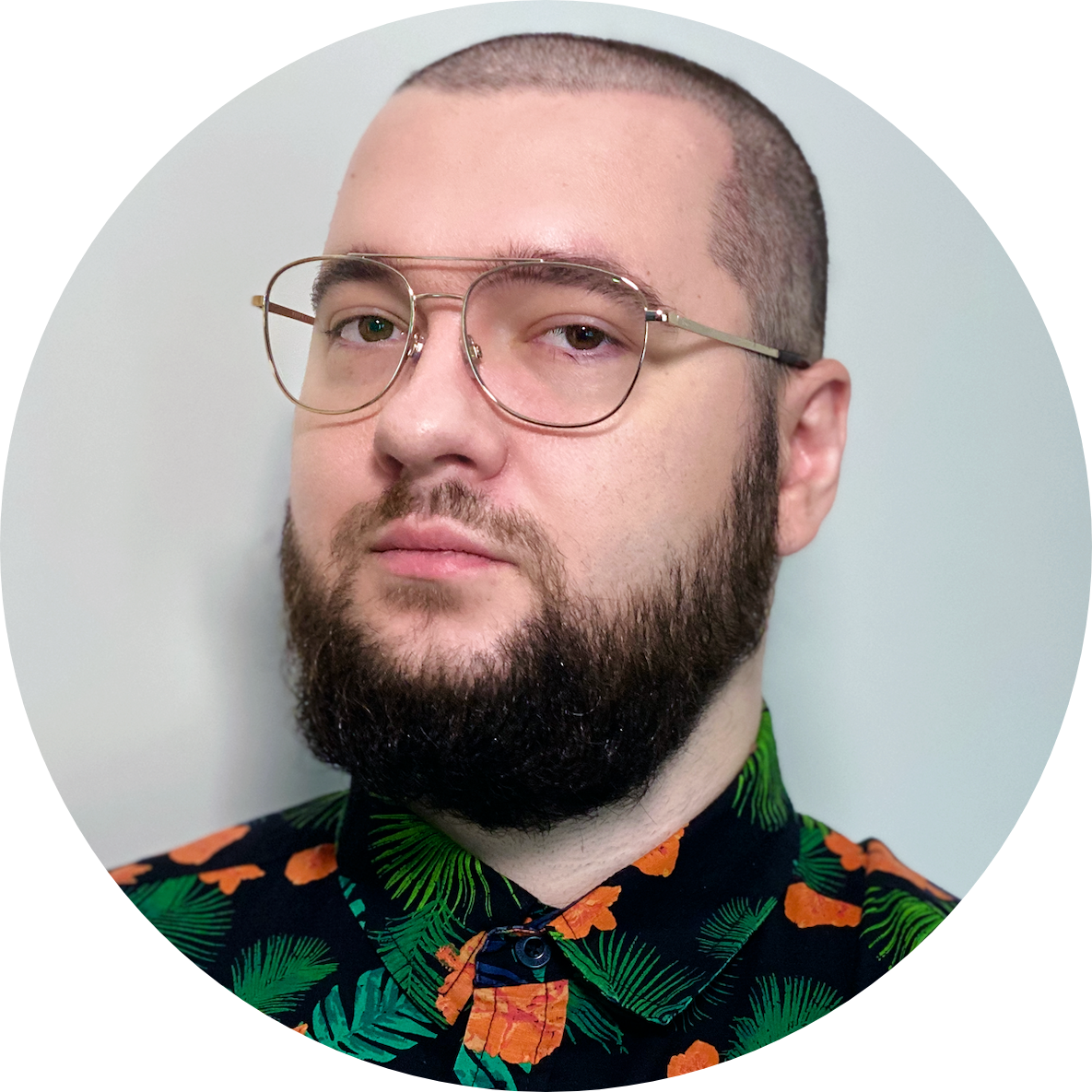 Maks Pawlak is a Distributed Systems Engineer at Flow. Previously he worked on Corda blockchain (from R3) in 2017 to 2018 and was responsible for the main node and specialising in the persistence layer. Later on he moved to B3i where he worked on Corda-based platform for re-insurance industry. Maks now contributes to execution and storage layers on Flow. 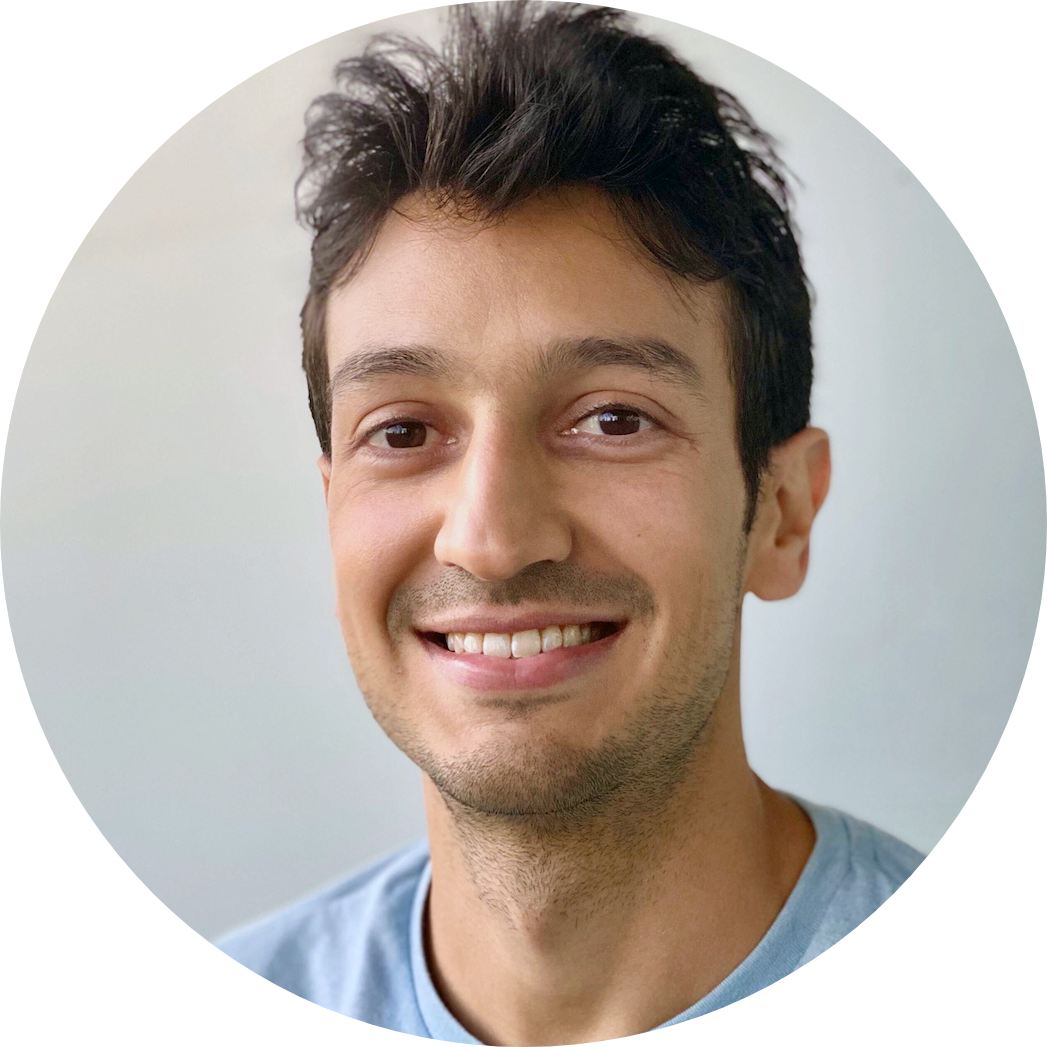 Tarak oversees the security implications of Flow’s development choices and implements the cryptography primitives and protocols specified by Flow’s architecture. Before joining Dapper Labs, Tarak worked for Gemalto where he designed cryptography algorithms on embedded and mobile platforms. Tarak earned his Bachelor and Master’s Degree at INP Grenoble. 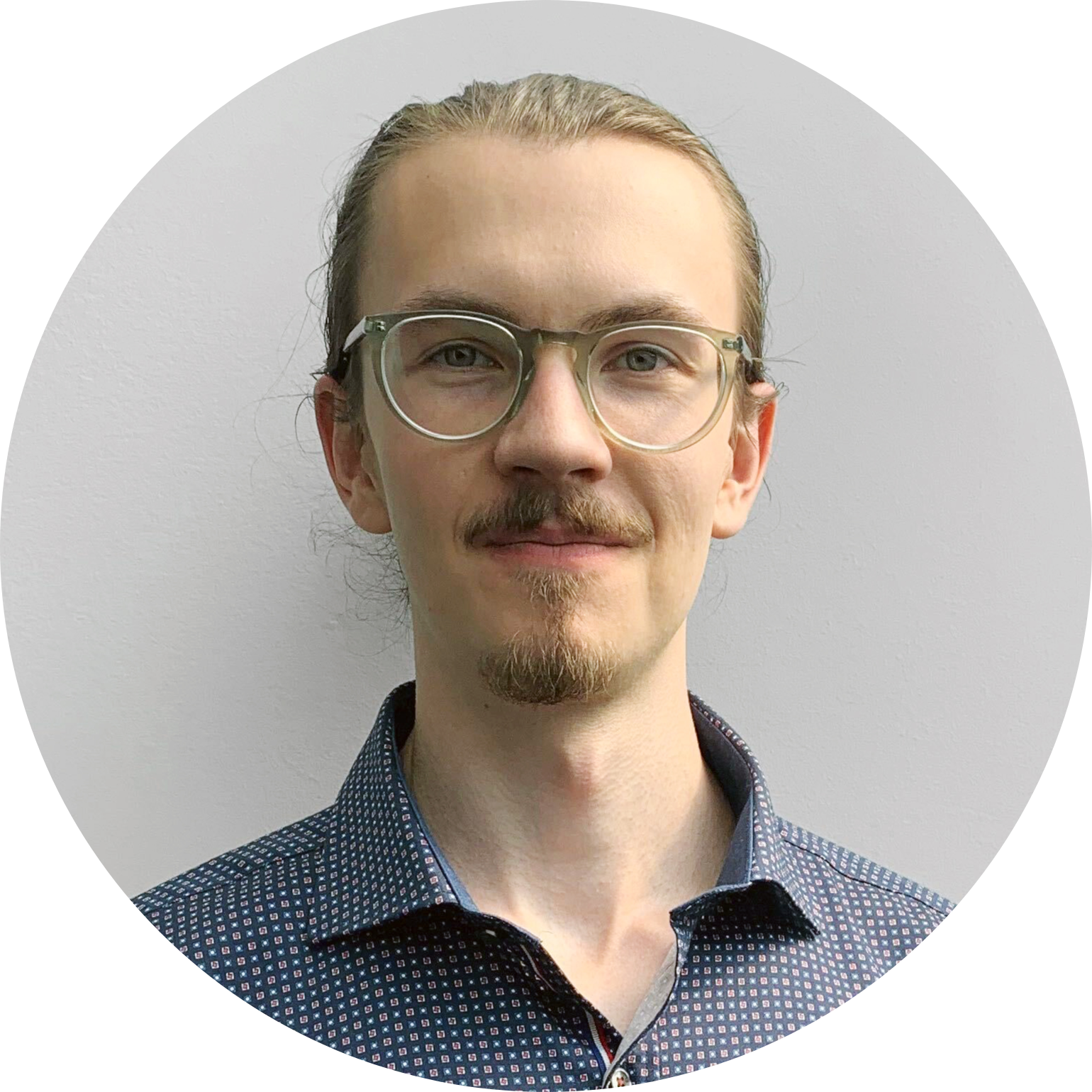 Jordan is a Senior Software Engineer at Flow leading first the Collection node development and more recently epoch development. Jordan has been a part of the Dapper Labs team since the early CryptoKitties days, prototyping early versions of the game and developing the peer-to-peer auction smart contracts. Previously Jordan was a Web Developer at Cumul8. 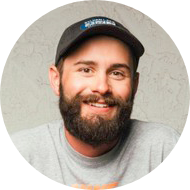 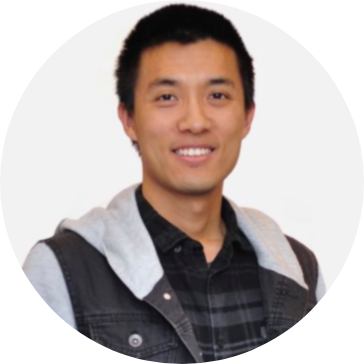 Leo Zhang is a Staff Software Engineer at Flow. He first led Consensus node development and is now leading reliability and performance improvement efforts. Leo was also the CTO and co-founder of ZenHub, the only team collaboration solution built into GitHub. Previous to this Leo was a Frontend Team Lead at App Annie and Senior Software Development Engineer at Baidu. 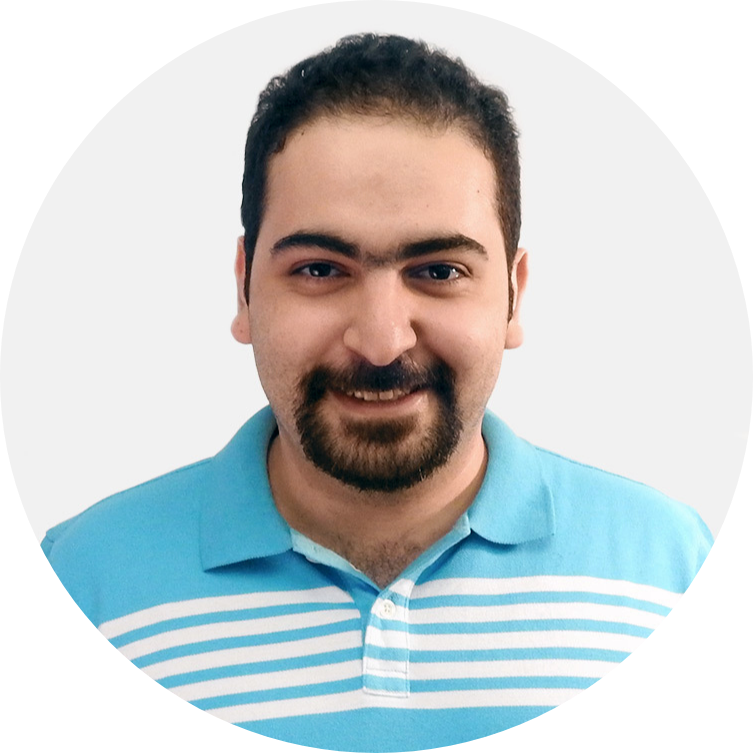 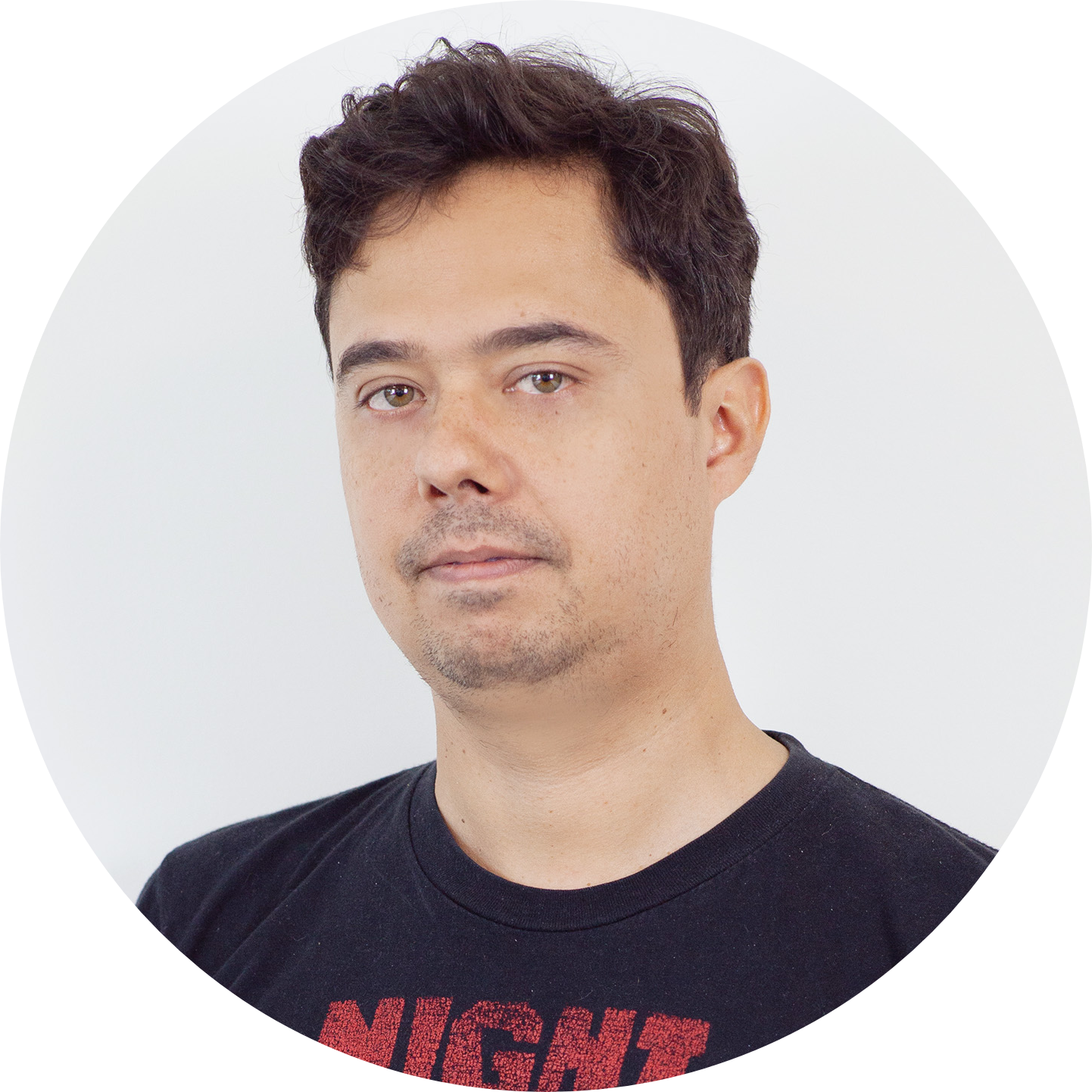 Rafael is Dapper’s Game Design Lead, expanding the universe around decentralized games into an experience that will bring a billion users to the blockchain. During his nine years at Ubisoft, he helped design several AAA game series, including Splinter Cell, Far Cry, and Rainbow Six. Rafael spent the past two years working on CCP Games’ Eve Online.

Thank you! Your submission has been received!
Oops! Something went wrong while submitting the form.